skip to main | skip to sidebar

Moving over for law enforcement and other vehicles is important any time of year. During the winter months, moving over is paramount to safety of the public, officers, and road workers. When snow and ice covers the road, or even parts of it, you can easily lose control of your vehicle. If there is a law enforcement officer, road worker, or crash victim outside their vehicle when you lose control, the results of the crash could be tragic.

During the Christmas snow storm, a Missouri State Trooper was killed in the line of duty when a driver lost control and struck the trooper who was standing outside of his vehicle. The following Monday, a Kansas Department of Transportation worker was struck in Kansas City, and within a few days, two KHP patrol vehicles were struck (one occupied, one unoccupied).

Did you know more officers are lost in the line of duty due to crashes than any other single cause of death (data from the National Law Enforcement Officers Memorial Fund)? Nationally in 2009, 125 officers were lost in the line of duty, and of those, 56 were killed in some sort of crash. While these are preliminary figures, and subject to change, traffic crashes still represent one of the biggest hazards to law enforcement on the roads. If you ask officers their biggest fear in their job, many will say they fear getting struck by a vehicle.

It’s not only law enforcement and road workers who are in danger of getting hit while on the side of the road. When temperatures warmed up last week, roads re-froze overnight, and there were many cars sliding into ditches and medians. Last Monday, Jan. 11, on US-24 Highway, west of Rossville, a mother and daughter were struck and pinned under a vehicle after exiting their vehicles to survey the damage caused when one of their vehicles slid off the road.

It’s Kansas law to move over for emergency vehicles and road crews. If you can’t move into the lane away from the emergency vehicle, you should always slow down for them. The same should go for individuals on the side of the road. When you see a vehicle broke down, even if they’re on the shoulder, it is a good practice to move away from the vehicle when possible, and to always slow down for them.

Help keep Kansas roads safe! Slow down and move over for your safety, as well as for the safety of other motorists, law enforcement officers, and road crews.

Do you have questions or suggestions? If so, please send them via e-mail to: KSHighwayPatrol@khp.ks.gov.
Posted by KS Highway Patrol at 12:57 PM 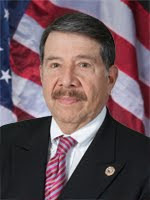 About the Kansas Highway Patrol

KS Highway Patrol
Since 1937, Kansas Highway Patrol Troopers have offered Service, Courtesy, and Protection to the residents of the Sunflower State and to its millions of yearly visitors. More than 800 dedicated men and women are proud to serve the citizens of Kansas as members of the Patrol. They work hard and strive for excellence in public safety and traffic safety.